Save Our Maintained Nursery Schools

The Local Government Association (LGA), which represents councils, has also highlighted the threat to support for the 5,000 youngest children with SEND in maintained nursery schools.

More than a third of maintained nursery schools have less funding for SEND pupils than last year, research shows
https://www.tes.com/news/exclusive-send-cuts-breaking-nursery-schools

Cross-party effort to save nursery schools

Almost 400 schools are at risk after extra government funding runs out at the end of next year
https://www.theguardian.com/education/2018/sep/16/cross-party-effort-to-save-state-maintained-nursery-schools 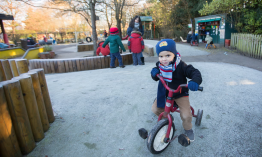 Homerton early years centre, Cambridge, part of the original nursery schools movement, opened in 1940. Now it is at risk of closure.

My child blossomed at a state nursery – we can't let these places close. With 57% of maintained nursery schools rated ‘outstanding’, it seems madness for them to face cuts. If anything, their remit ought to be extended. https://www.theguardian.com/education/commentisfree/2017/jan/27/child-state-nursery-school 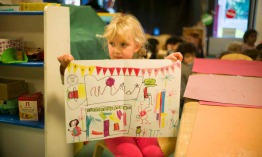 Lucy Powell Labour MP for Manchester Central and Ruth Mercer Head Teacher of Robert Owen Nursery School in Greenwich talk about the issue facing State Maintained Nursery Schools and why they are so crucial.

Discussion is 48mins in to the programme.

"Nursery school campaigners are calling for sector-wide backing and government rethink on funding reforms after their online petition tipped the 14,000 mark in just over a fortnight."

"Multiple studies have shown the single most effective institution for creating social mobility is not the grammer school but local authority nursery schools - known as 'maintained' nurseries."

"There are around 400 nursery schools across England. According to Ofsted, 60 per cent of these are rated as "outstanding", compared with 17 per cent of nurseries and 13 per cent of childminders."

He said:“In contrast to grammar schools, high quality nursery education is a proven method of helping the most disadvantaged families.

“It is inexplicable that a government serious about social mobility would focus on one at the expense of the other.

The government are brick by brick dismantling many of the educational achievements of the coalition government. Evidence shows that solid progress in the nursery sector does more for social mobility than selection at 11 but yet again ideology trumps evidence.

This lethal combination of haphazard planning and prejudice will decimate one of the most treasured and valued sectors of our educational system.

Valerie Daniel, headteacher of Washwood Heath Nursery School in Birmingham said beyond the transitional funding, the government has "no plans to secure their future".

This will lead to a massive loss for nursery schools, with larger settings potentially losing more than £200,000 from their current budgets, which have already been hit by local budget cuts. I fear that a significant loss to maintained nursery budgets will create a ripple effect on safeguarding the most vulnerable children in the region.